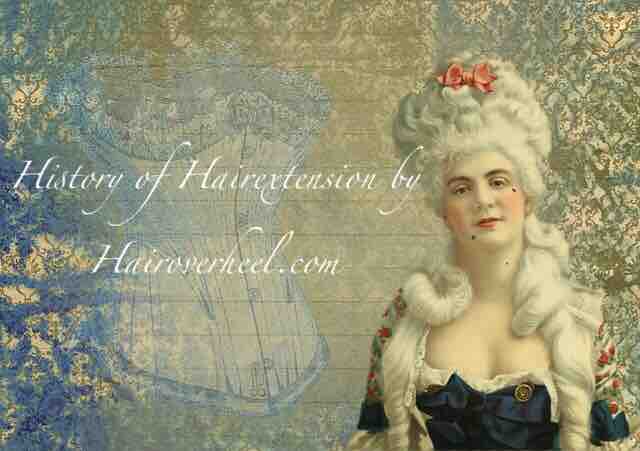 By Martina Harrer 21/09/2016 Hair and Beauty, Hairextensions
No Comments 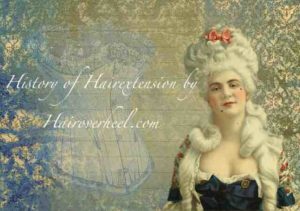 Have  you ever wondered why there was a hair malfunction in your family whenever you saw your aunt with bouffant, your cousin with flowing tresses while you stood there with thin über-straight hair? history-of-hairextensions

It has nothing to do with DNA.

The origin of hair extensions dates back to Cleopatra. Believe it or not, the first documented proof of hair weaves was seen among the Egyptians in 3400 BC. They wore wigs, sewn-on hair pieces and braids that were made of human hair and dyed sheep’s wool. They used resin and beeswax to attach the extensions. Bright blue, red, gold were popular, in addition to the conventional black. Cleopatra’s favorite color was peacock blue. Braids also originated somewhere around 500 BC, an indicator of age, religion, wealth, depending on the type of knots and twists.
The extensions among European and American women in the 1700s gave way for powdered wigs. A white powdered wig, called Perukes, indicated high rank or birth. When King Louis started turning bald, he started using Perukes because he didn’t want people to think of him as weak. The trend soon followed with the nobles. Both men and women wore extensions and their weaves were huge and like a beehive. Horse hair and frames filled with wool were woven into the natural hair, while hair extensions were built over the frames.

Hair adornments have meandered in and out of fashion in every century since the time of Cleopatra and the pharaoh’s on every continent. In the early 20th century well-to-do edwardian women wore false hair additions to create popular hair styles. This continued right up to the beginning of the 21st Century.

In the pre and post war years hair adornments slipped out of fashion in the mainstream until the mergence of Glam-Rock and celebrities like Debbie Harry in the 1970’s, Bonnie Tyler, Tina Turner in the 80’s and of course the Spice Girls in the 90’s, worn all the glamorized hair extensions.

Now the Days , celebrities have made hair extensions so popular with the general public that today, they have a common place in almost every home and in the salon

Hair extensions are the secret behind the miraculous hair growth shown by stars and celebrities everywhere. They look sassy with a pixie today and sport long flowing hair just a few hours later.

Long, thick hair is considered the crowning glory of women. Full hair is still associated with health, wealth, and feminine beauty. It certainly appeals to both men and women. Hair extensions can give you this full head of long hair. Televised gala events, a new role in a movie or a promotional tour are all reasons for stars and celebrities to change their appearances and hairstyles. Well-known stars like Britney Spears and Vanessa Hudgens and many others use hair extensions and hair for their playful image changes.